Lord Listowel, Minister of State for the Colonies has written to Indian High Commissioner for UK, Krishna Menon on the 28th May 1949, in which he have stated that: 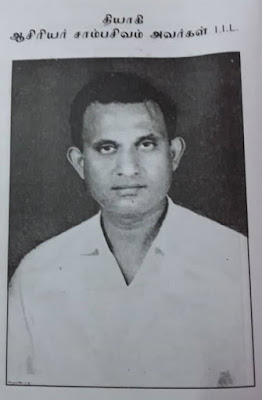 1. Gurney has telegraphed the colonial office that after consideration of all the representations which Government of India put forward (in the case of Sambasivam), the Sultan in Council decided that the law should take its course.

2. Date of execution (for Sambasivam) is not fixed and Sec. of State has asked Gurney to inform India Government through their representative, Thivy.

3. A brief detail on Sambasivan is given. It said that Sambasivam had tried to draw his revolver, but was over powered by the three Malays. Sambasivam sustained wounds and was hospitalised until 28th February 1949.

4. Sambasivam was put to trial on the 2nd and 3rd March 1949 for unlawfully carrying arms. The assessors found him not guilty but the trial judge disagreed and ordered a retrial. Retrial took place on 22nd March 1949 when he was convicted by both assessors (a Malay and an Indian) found guilty and he was sentenced to death.The court of Appeal dismissed his appeal on 28th April 1948. All the three Appeal Judge (including the Chief Justice) agreed with the Trial Judge.

5. India Government made their representation in Sambasivam's case to Chief Secretary on the 1st April 1949 which were forward to the Johor government.

6. Mentri Besar informed Chief Secretary that the letter of the representation would be placed before the State Executive Council.

7. The Representative of Government of India (Thivy) called High Commissioner (Gurney) on 14th May 1949. Gurney discussed the position of the case in length with Thivy and has informed the Sultan of Johor on the representation made by Indian Government to UK Prime Minister, Creech Jones and Listowel. 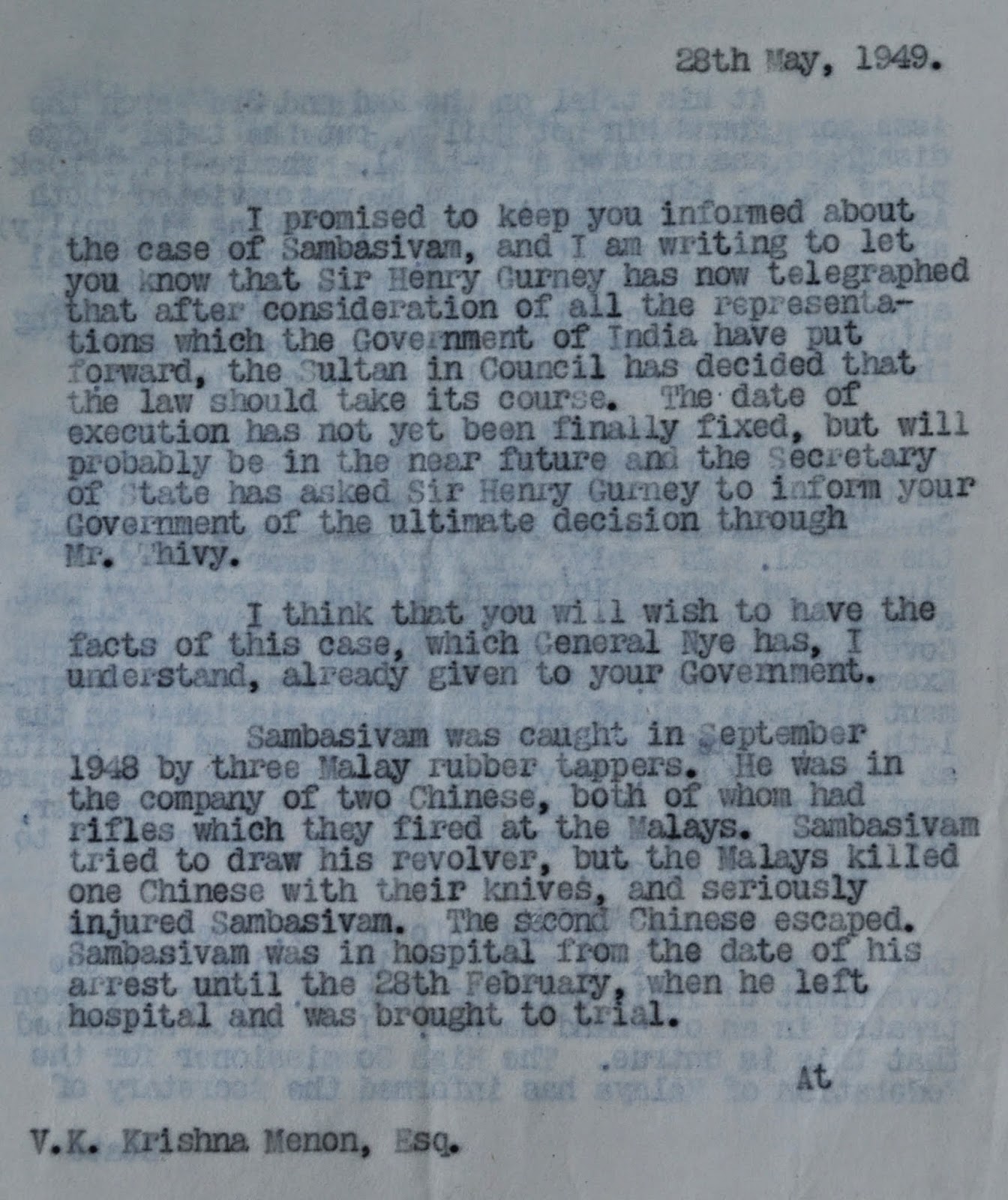 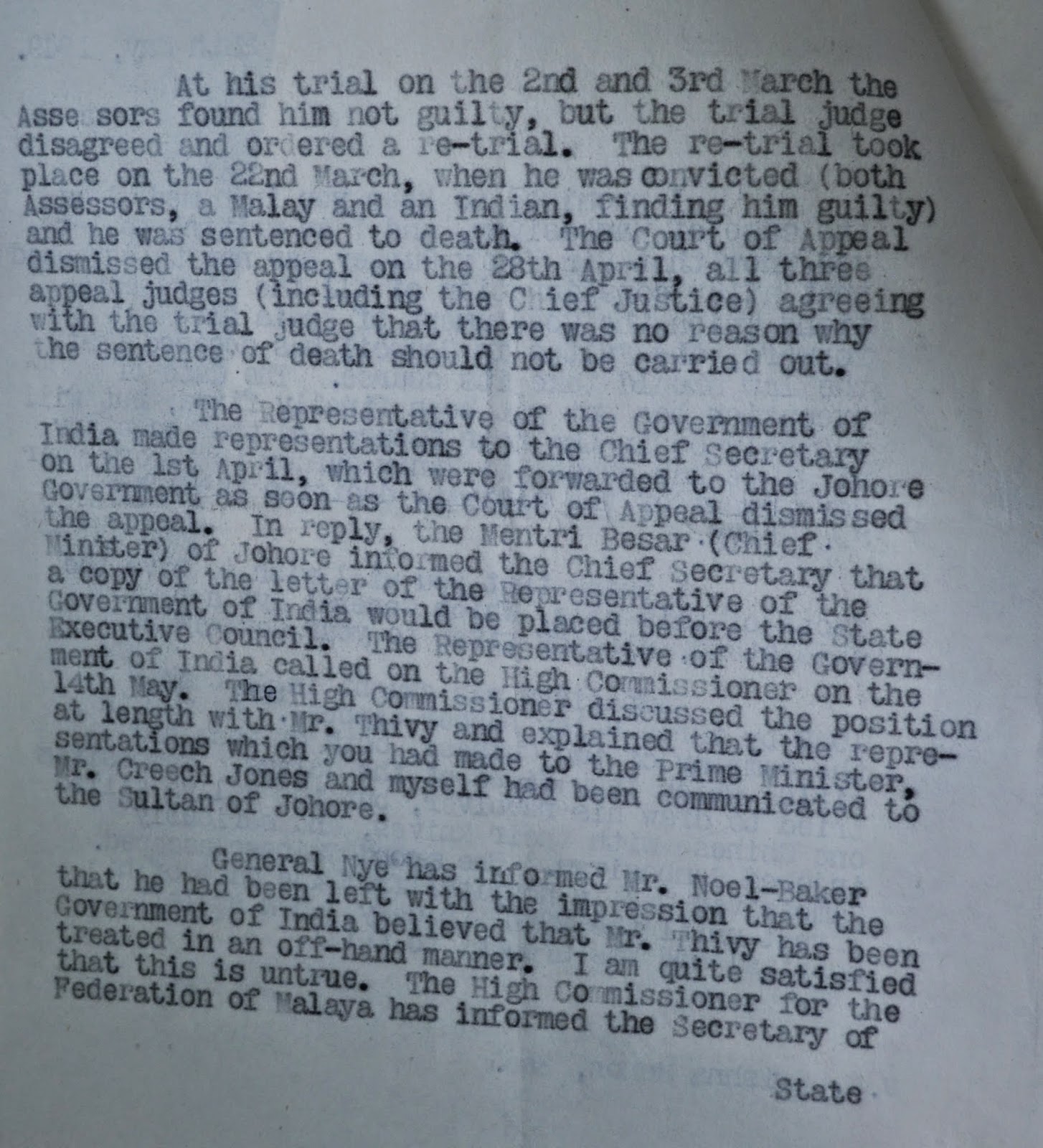 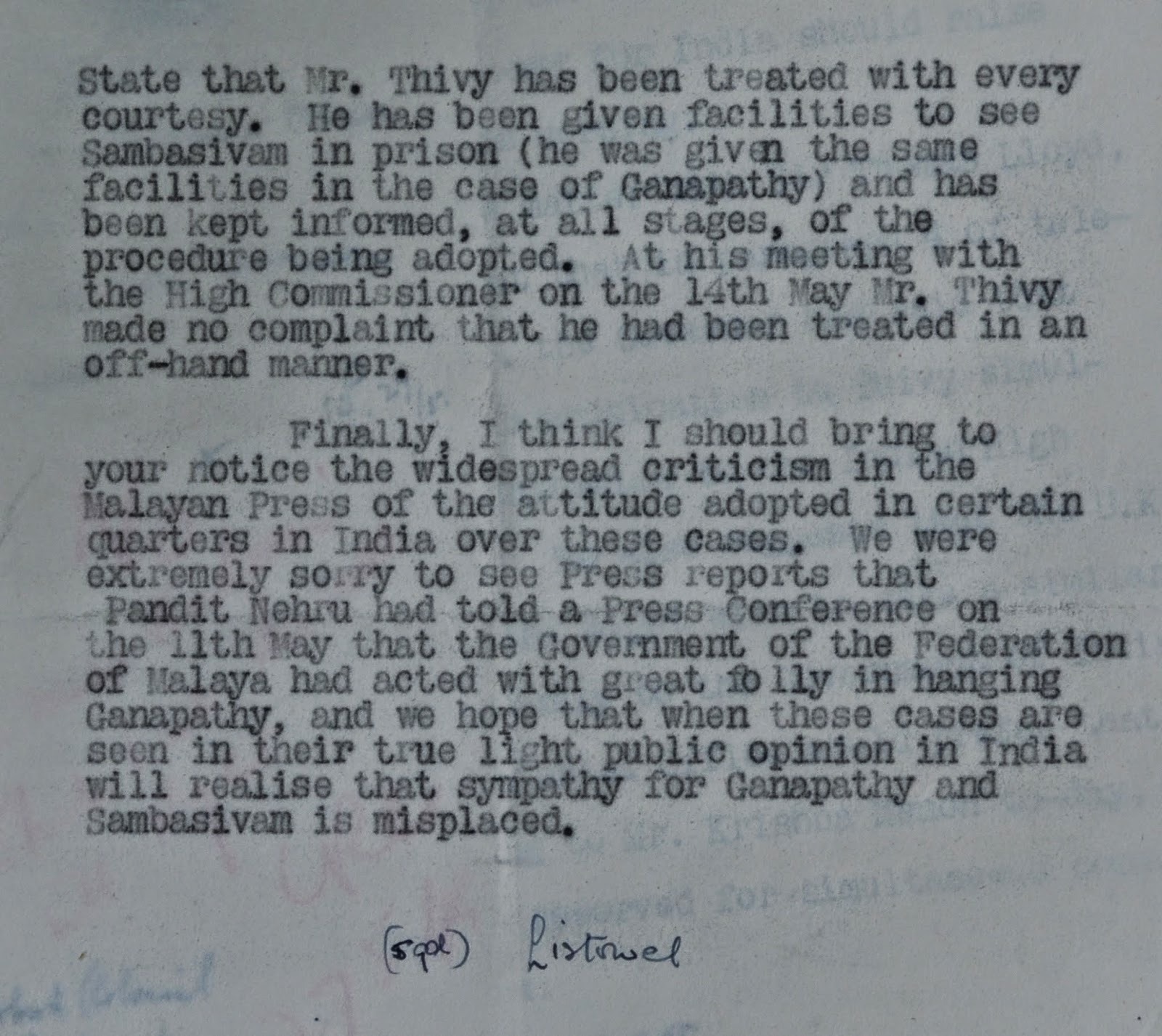