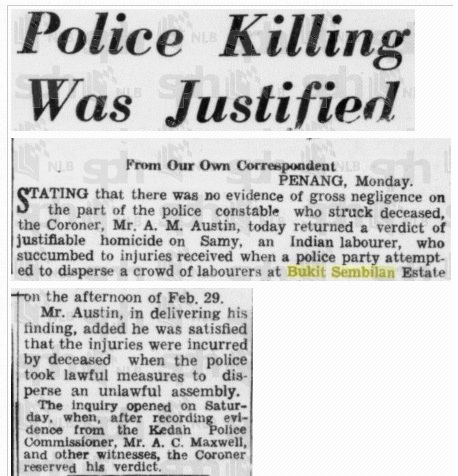 Stating that there was no evidence of gross negligence on the part of the constable who struck deceased, the Coroner Mr. A.M Austin today returned a verdict of justifiable homicide on Samy, an Indian labourer, who succumbed to injuries received when a police party attempted to disperse a crowd of labourers at Bukit Sembilan Estate on the afternoon February 29.
Mr. Austin, in delivery his finding, added he was satisfied that the injuries were incurred by deceased when police took lawful measures to disperse an unlawful assembly.


The inquiry opened on Saturday, when after recording evidence from the Kedah Police Commissioner Mr. A. C Maxwell and other witness, the coroner reserved his verdicts.
Posted by Saminathan Munisamy at August 22, 2017 No comments:

The Thondar Padai - The Volunteer Corp played a huge role in the labour strikes in Kedah which is also known as “The Kedah Riot” in 1947. Armed police forces were used to suppress the labour uprise. The Thondar Padai, under the leadership of A.M Samy was well organised.

One of the strikes which involved Thondar Padai was the Bedong Toddy Shop Protest, where it was reported widely that some 300 labourers (including women and children) gathered in front of the toddy demanding it to cease its operation. It was a peaceful demonstration as protester did not carry any weapon with them.

Instead of resolving the matter amicably, the police forces displayed huge brutality resulting in the death of a young man, Swaminathan, who was bludgeoned to death.

Nine labourers were injured. Many were arrested and sentenced to vigorous imprisonments.

Meantime, S.A Ganapathy demanded the release of the labourers and threatened that a Malaya wide strike will be called if appeal to release the arrested labourers fails.
Singapore Federation of Trade Union “strongly condemned the action of the Government of the Malayan Union in using armed police to break the strike and interfering with the peaceful picketing of toddy shops” and requested the Government to release the arrested workers unconditionally.
Morning Tribune – 7 March 1947

Malaya Wide Strike Fear
Demand for Release of Kedah Labourers
A general strike of all labourers throughout Malaya is feared should an appeal against the conviction of 83 labourers in Kedah who have been sentenced during the pas few days to various terms of imprisonment for unlawful assembly fail.
Our Penang correspondent telegraphing just before midnight stated that a meeting of labourers’ representatives in Kedah last night decided to appeal in the case of those strikers who have been sentenced.
Should this fail, it is thought likely, says our correspondent that an appeal will be made to all labourers in Malaya to support the case. This carried the implication of general strike.
Mr. S.A. Ganapathy. Chairman of Pan Malayan Federation of Trade Union saw Mr. J.T Rea, Deputy Commissioner for Labour, Kedah yesterday. He said he was not satisfied with the latter’s opinion on the situation. He had also spoken to representative of the labourers.
Two members of Kedah Federation of Trade Union Mr. A.M Samy and Mr. Teoh Cheong Hoon asked Mt. J.T Rea yesterday whether it was legal for people to strike. Mr Rea replied that the present trouble arose from the lawless acts of youth voliunteer corps.
The United Kedah Planters’ Association yesterday issued a statement to the press in which it says: Briefly the history of the labour trouble in Kedah is one of political agitation by subversive elements coupled with intimidation and tension.”
The Association believes that three prime requirements and necessary before any attempt can be made to ameliorate the grave situation.
Firstly,  order must ne re-established and the laws of the country maintained.
Secondly, organized labour must free itself from external dictations and organise from within to elect its own legal representation.


In Singapore last night, the Singapore Federation of Trade Unions, Short Street, issue the text of resolution put before a recent meeting of president and general secretaries of branch unions of the Indian section of the SFTU, one as which “strongly condemned this action of the Government of the Malayan Union in using armed police to break the strike in Kedah, and interfering with the peaceful picketing of toddy shops” and requested the Government to release the arrested workers unconditionally. 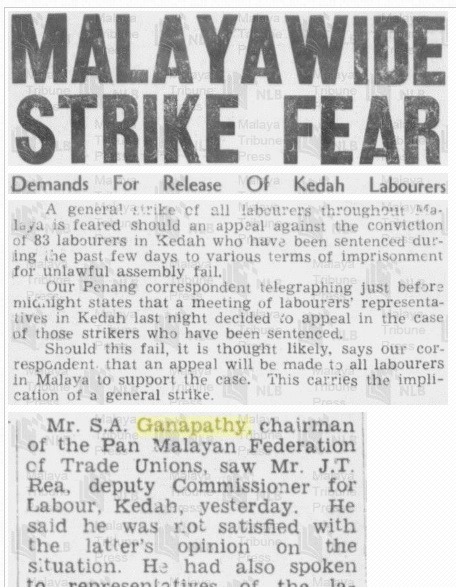 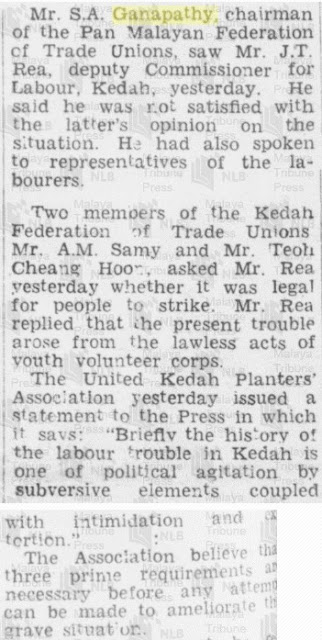 Posted by Saminathan Munisamy at August 22, 2017 No comments:


The report also mentioned that the Indian Government Representative to Malaya, John Thivy, had several times visited Ganapathy.
In Thivy's report, Ganapathy informed that he was hiding in the jungles for about nine months (since June 1948) which most of the time he was ill. He was not aware of the Emergency law on possession of arms. He was intended to surrender his revolver which was given to him for self-protection to the nearest police station.

The Indian Government, which is making a “vigorous protest” today to the British Government over the Ganapathy hanging, announced here yesterday that it felt the penalty was excessive and that it deeply deplores his execution.”
Ganapathy, 24-year-old Indian president of Pan Malayan Federation of Trade Union was executed after having been found guilty and sentenced to death by Selangor court on changes of carrion a revolver and ammunition.

From information now at the Indian Government’s disposal, the announcement said, it appeared that not only did representation made on behalf of the Indian Government to the authorities in Malaya to prove unworthy, but that the execution was carried out even before the High Commissioner for India in London had been informed of the results of an examination of the case by the British Government.

Ganapathy told him he committed no act of violence and said he was hiding in the jungles of Malaya for about nine months during most of which time when was ill.

He had no knowledge of the severity of the Malayan regulations. He left the jungle intending to surrender the revolver in his possession at the nearest police station he said. It had been given to him for self-protection.

Posted by Saminathan Munisamy at August 21, 2017 No comments: 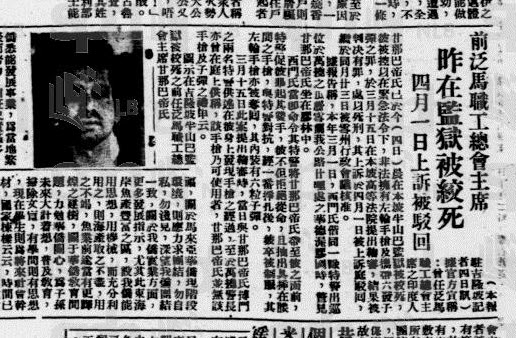 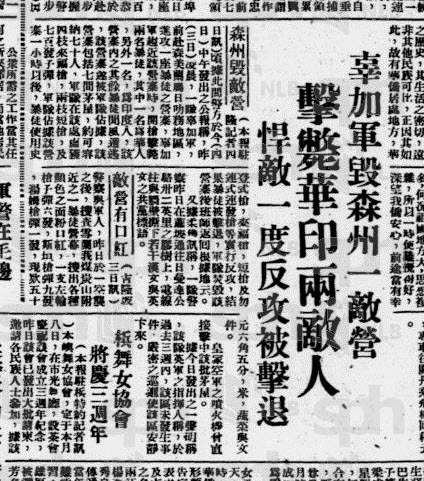 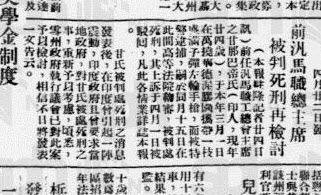 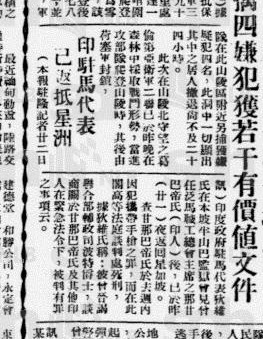 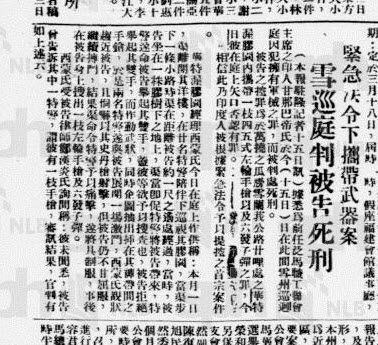 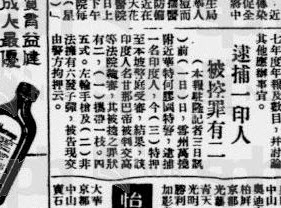 Posted by Saminathan Munisamy at June 07, 2017 No comments: 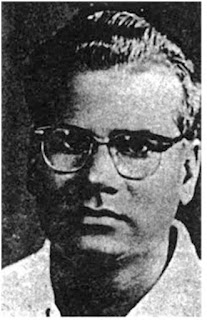