Was Government of India Sincere in Saving Sambasivam? Something to Ponder!

UK High Commissioner to India, Sir Archibald Edward Nye conveyed G.S Bajpai's request to Secretary of State for Commonwealth Relation, Noel-Baker in a telegram date 9th May 1949 to delay any action against Sambasivam.

After meeting the India's Secretary General of Ministry of External Affairs, Nye extended Bajpai request to delay any action in connection to Sambasivam pending further investigation in his case.
One of the reasons for doing so was due to "storm of protest" staged in India over the death of Ganapathy in the hands of British imperialist. If the execution of Sambasivam takes place at the time when Nehru to explain to the country of the advantages that flow from Commonwealth association, this would meant "unfortunate political effect" which would give Nehru's critic "very effective weapon" against Nehru and Indian government. Bajpai also mentioned that Nehru shall be addressing the Constituent Assembly on the 16th May 1949 on the recently held Commonwealth Conference.

Being critical of Government of India, this could be a sincere attempt to save Sambasivam using Commonwealth or Nehru was more concern of his reputation and government that execution of Sambasivam would meant threat to his political status and career! 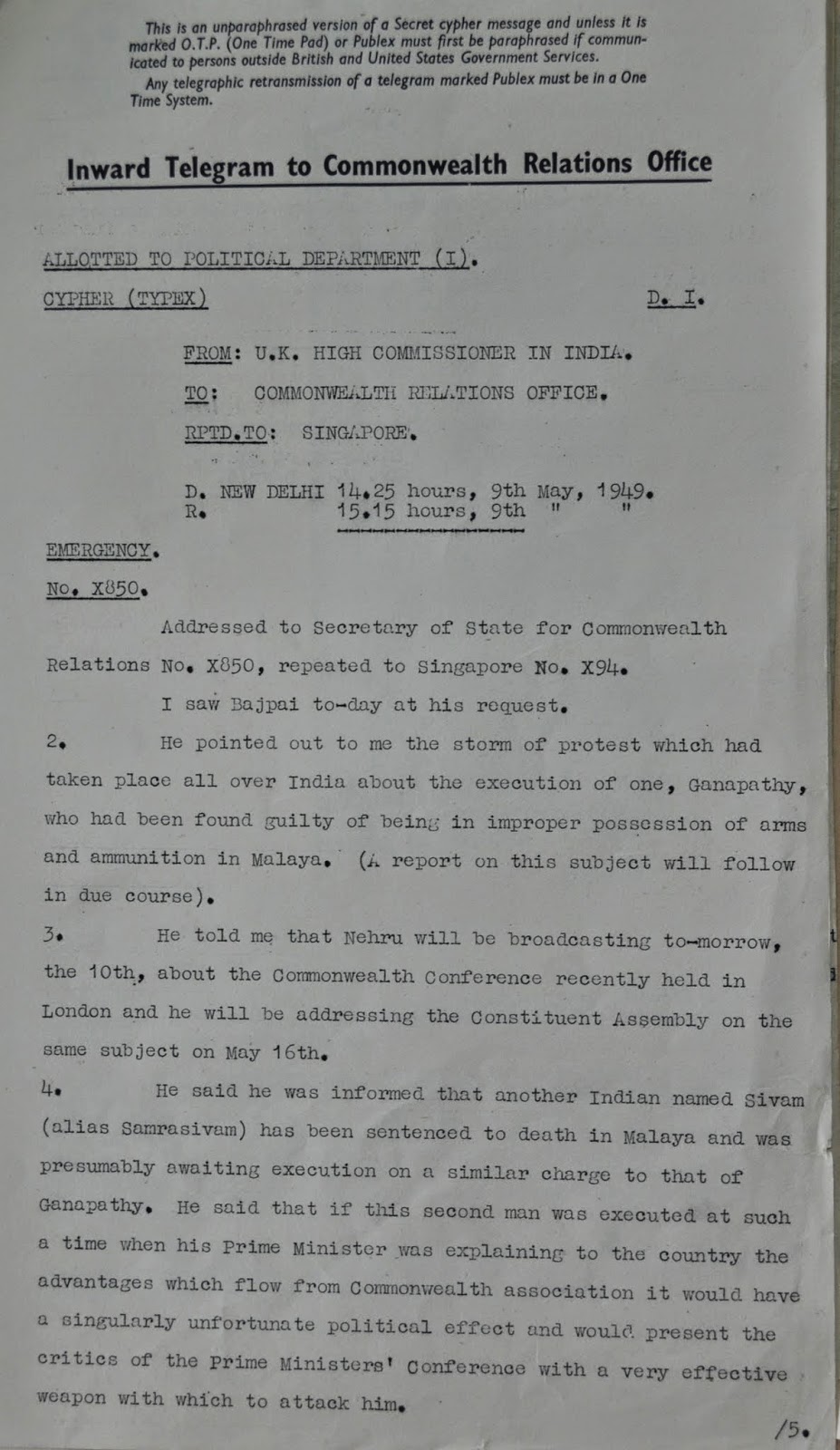 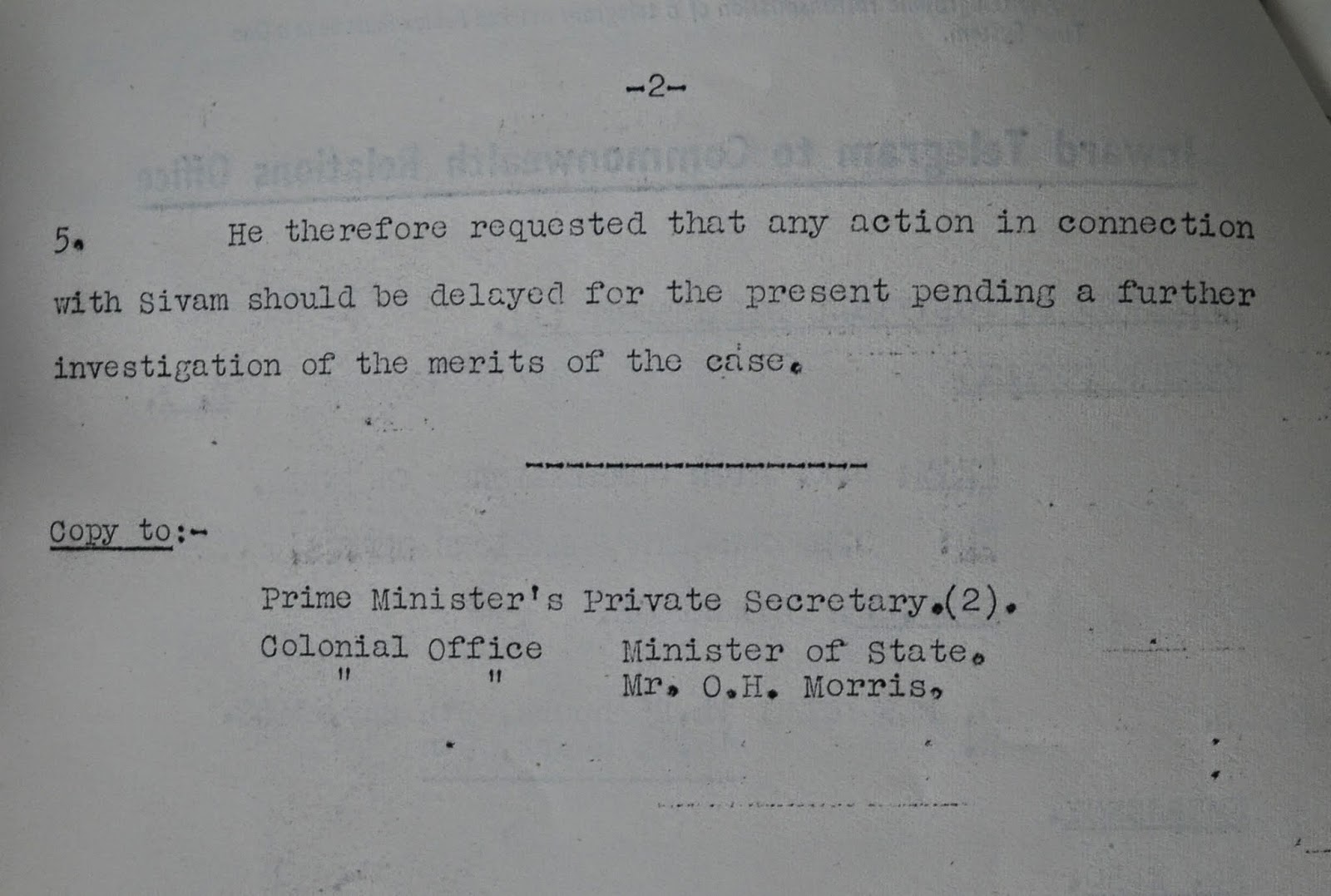