After his release in June 1960, former President of Perak Estate Union, R.G Balan, took up position with the government starting on 1st October 1960 with Ministry of Interior.
(Note: Balan's age is reported as 41 instead of 39 as was reported in ST in June 1960) 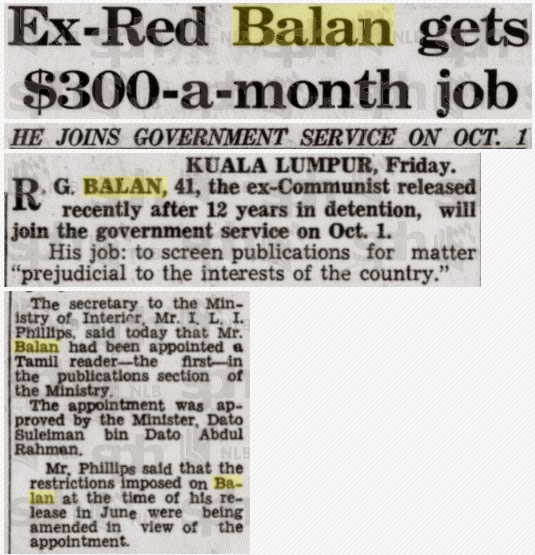 Posted by Saminathan Munisamy at January 30, 2015