R.G Balan was arrested in May 1948 when he was 27 years old. Like many other reds, only a few historians have noted him in their work. One of them was A. J Stockwell in "Malaya - Communist Insurgency 1948 - 1953" - Volume 2. The Straits Times on 23rd June 1960, reported that Balan returned to his family in Ipoh after released from detention in Sungai Petani. According to the article, Balan joined the Malayan Communist Party during the Japanese occupation and lived in the jungle for three years. Before he joined MCP, he was a clerk on an estate in Teluk Anson (Teluk Intan). In 1947, he attended the British Empire Communist Party Conference as a representative of Malayan Communist Party. He was holding the position of Vice President of MCP. He was detained in May 1948, even before the Emergency announced. He spend his time in detention camps studying journalism and accountancy through correspondence course. He was released from Sungai Petani Detention Camp on the 23rd June 1948. Balan's intention was to study law but that will not be possible as he must report the police once a week and could not go out of his house between 10am to 6am and must not leave Ipoh district. Balan expressed his gratitude to his friends who helped his release particularly his lawyer.

In midst of this, he still hope the other detained political detainees will be released soon as the Emergency is about to end.

Nothing mentioned about his wife. 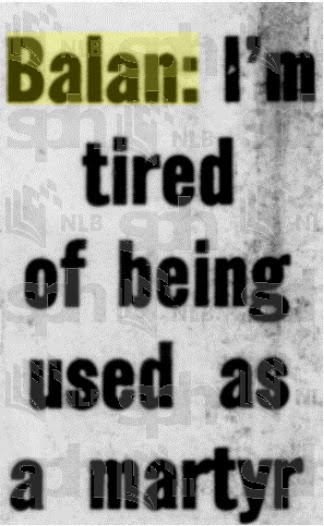 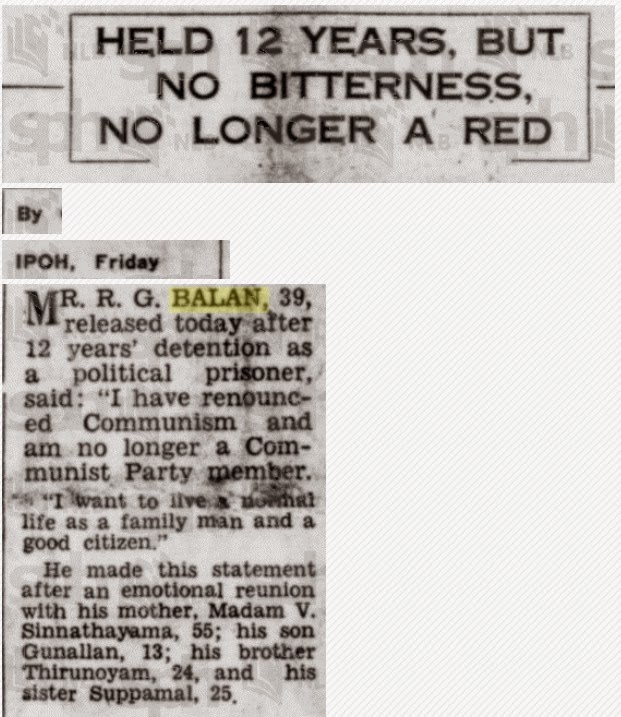 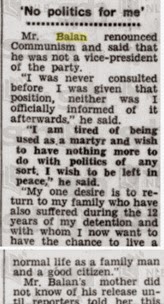 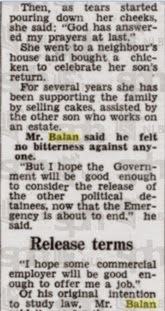 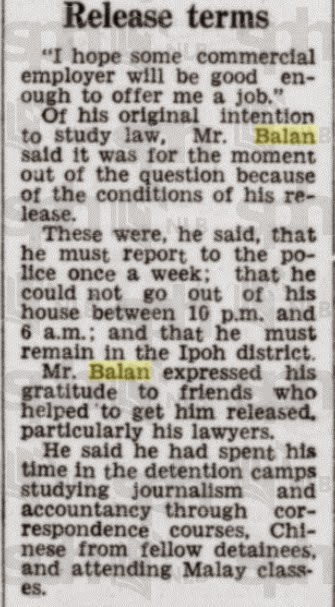 Posted by Saminathan Munisamy at January 29, 2015