Statement Likely On Ganapathy - The Strait Times, Thursday May 12th, 1949

The Straits Times dated May 12, 1949 reported that editorial of two local Malay newspapers; Majlis and Warta Negara echoed the aspiration of colonial British as they labeled Ganapathy as “public enemy” and protest Indian Government intervention in Ganapathy case. Ganapathy did not receive a fair trial as he was captured on the 1st March 1949, sentenced to death on the 15th March 1949 and hanged on the 4th May 1949.

Despite international pressure to re-examine the case, British colonial government under Henry Gurney stubbornly determined to send Ganapathy to gallows as the pressure from the United Planting Association of Malaya was enormous. Malayan planters and estate owners were mostly Europeans, Scottish and Asiatics, were very much in lost since more and more strikes were organized by Pan Malayan Federation of Trade Unions under leadership of Ganapathy. In order to bring end to these losses, estate owners started to pressure British administration to “silence” many unionists especially their leader, Ganapathy.

As to leverage the situation here in Malaya, local newspaper editorial were summoned to echo the aspiration of the British administration. 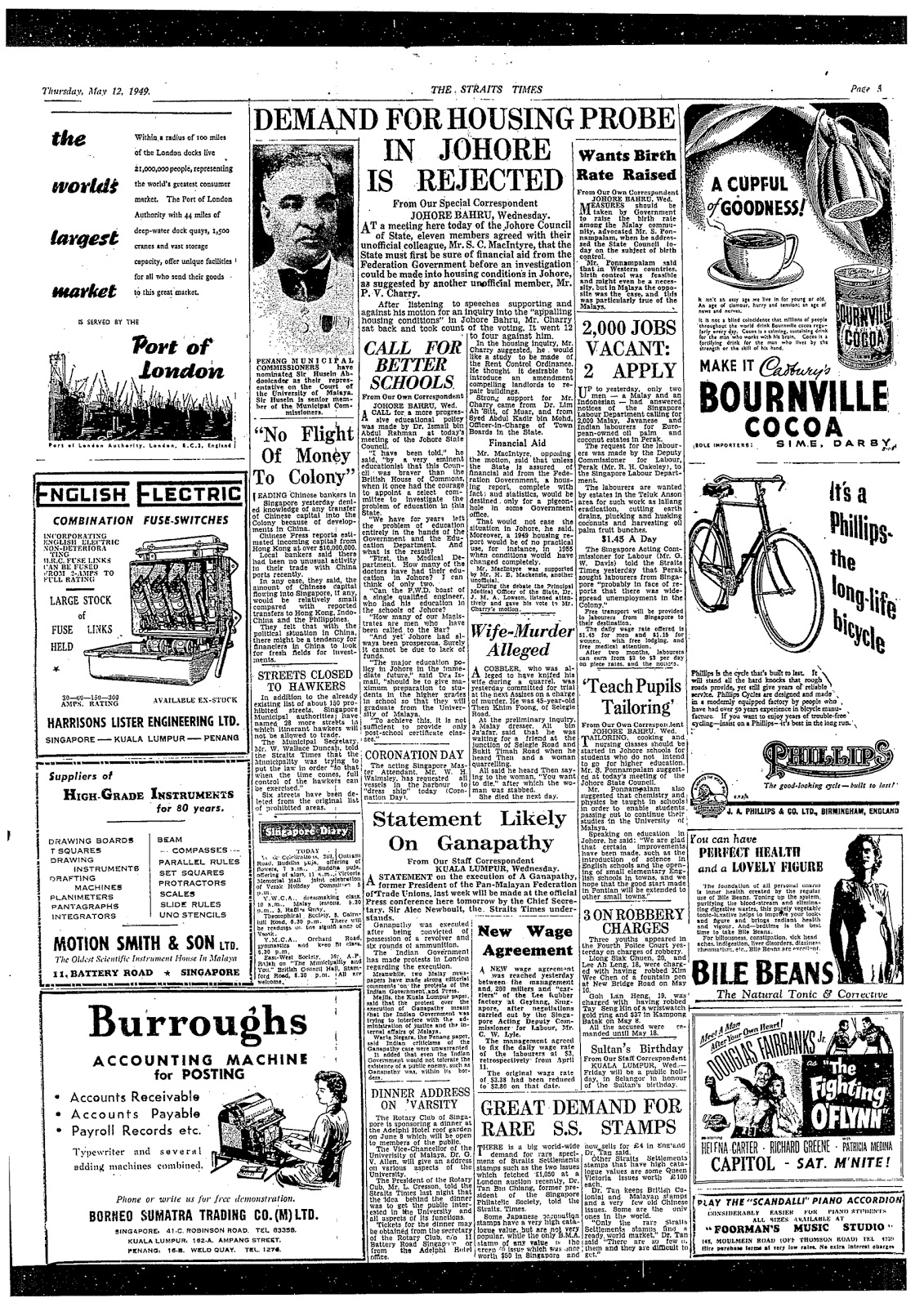 A STATEMENT on the execution of A Ganapathy former President of the Pan Malayan Federation of Trade Unions, last week will be made at the official Press conference here tomorrow by the Chief Secretary, Sir Alec Newboult, the Strait Times understands.

Ganapathy was executed after being convicted of possession of a revolver and six rounds of ammunition.

The Indian Government has made protest in London regarding the execution.

Meanwhile, two Malay newspapers have made strong editorial comments on the protest of the Indian Government and Press.

Majlis, the Kuala Lumpur paper said that the protest over the execution of Ganapathy means that the Indian Government was trying to interfere with administration of justice and the internal affairs of Malaya.

It added that even the Indian Government would not tolerate the existence of a public enemy, such as Ganapathy was, within its borders.
Posted by Saminathan Munisamy at July 19, 2012