The day after Ganapathy was execution, the Strait Times carried the news of his death with President of Malayan Indian Congress Budh Singh commenting on fail attempt to save Ganapathy.
Note the date when since the date Ganapathy was arrested to his execution. All started on the March 1st and ended in May 4th 1949 – in 2 months. This is how fast the British wanted to get rid of Ganapathy. 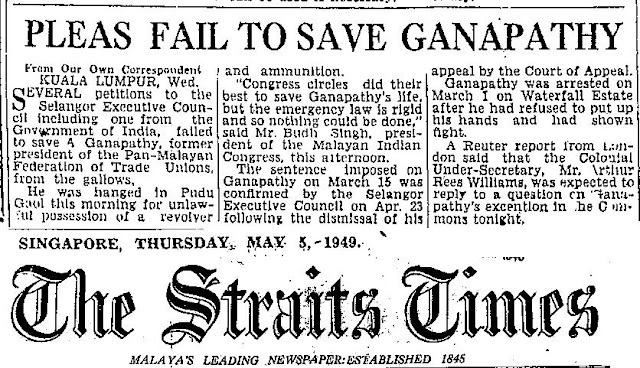 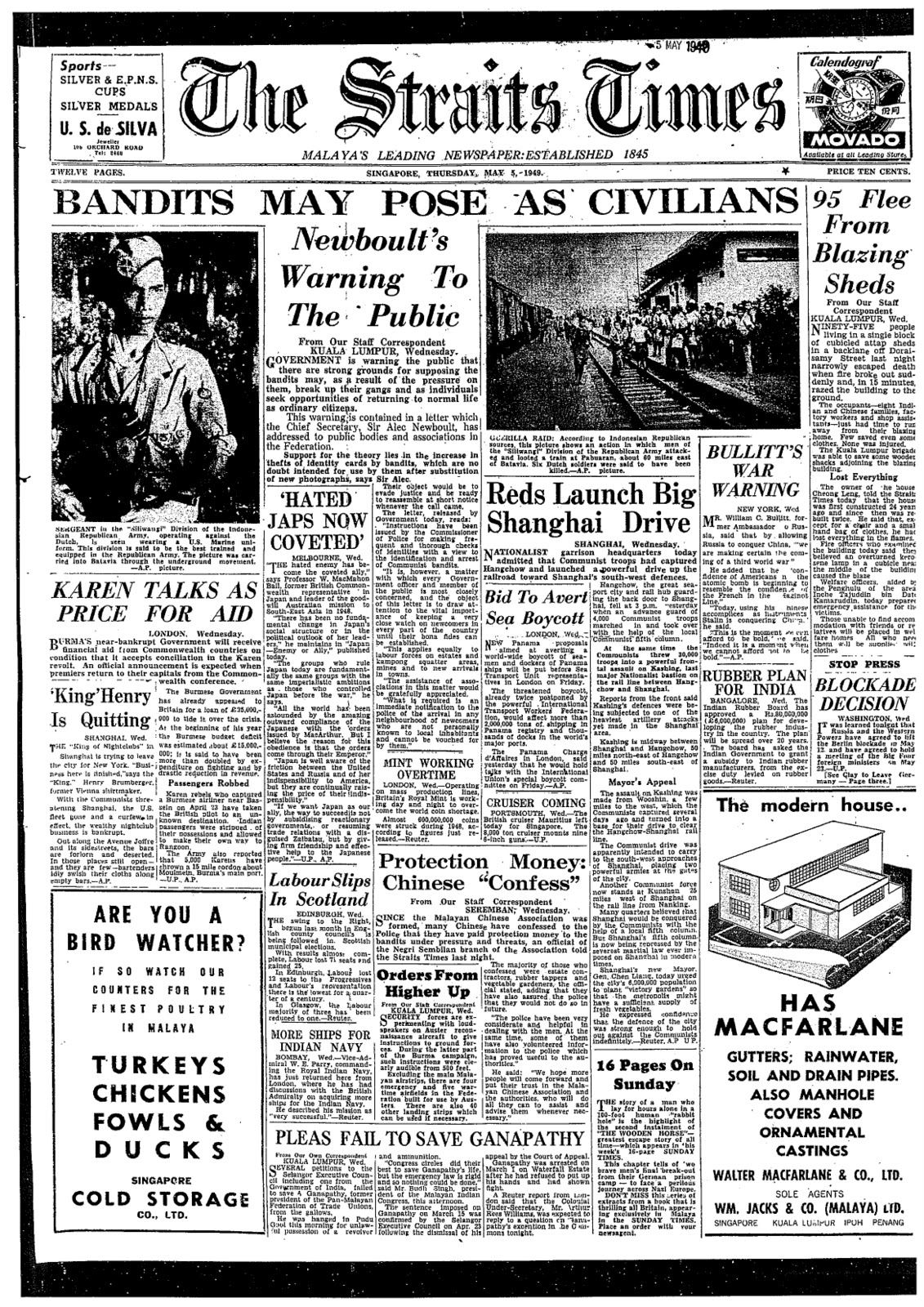 From Our Own Correspondent
Several petition to the Selangor Executive Council including one from the Government of India, failed to save A Ganapathy, former president of Pan-Malayan Federation of Trade Unions, from the gallows.
He was hanged in Pudu Goal this morning for unlawful possession of a revolver and ammunition.
“Congress circles did their best to save Ganapathy’s life, but the emergency law is rigid and so nothing could be done,” said Mr.Budh Singh, president of the Malayan Indian Congress, this afternoon.
The sentence imposed on Ganapathy on the March 15 was confirmed by the Selangor Council on Apr. 23 following the dismissal of appeal by the Court of Appeal.
Ganapathy was arrested on the March 1 on Waterfall Estate after he had refused to put up his hands and had shown fight.
A Reuter report from London said that the Colonial Under-Secretary. Mr. Arthur Rees Williams was expected to reply to a question on Ganapathy execution in the Commons tonight.
Posted by Saminathan Munisamy at July 20, 2012