The Straits Times dated May 13, 1949 after eight days of Ganapathy execution, Alec Newboult, the Chief Secretary of Federation gave a press statement stressing Ganapathy was given a fair trial and justice is done in his case.

There was a general doubt on why the Ganapathy was not pardoned by the Malays rulers but in the case of Kamarulzaman Teh, the Malay ruler exercised their rights to grand pardon for Kamarulzaman for the same accusation- possession or arms. By turning the whole responsibility of pardoning to the Malay rulers, Alec wished to see the British administration acted clean with no blood in their hands.


Why Privy Council was not engaged?

Even though Ganapathy’s appeal was brought to the attention of the Sultan of Selangor, the Malayruler was not able to act alone. Exercising his rights towards his subjects, the ruler needed to seek blessing form the Executive Councils and British administration. Things also not very clear why Privy Council was engaged for Ganapathy (Take note that Privy Council was arranged by Indian Government and its representative in the case of Sambasivam, which eventually granted his a pardon and Sambasivam was deported to India) 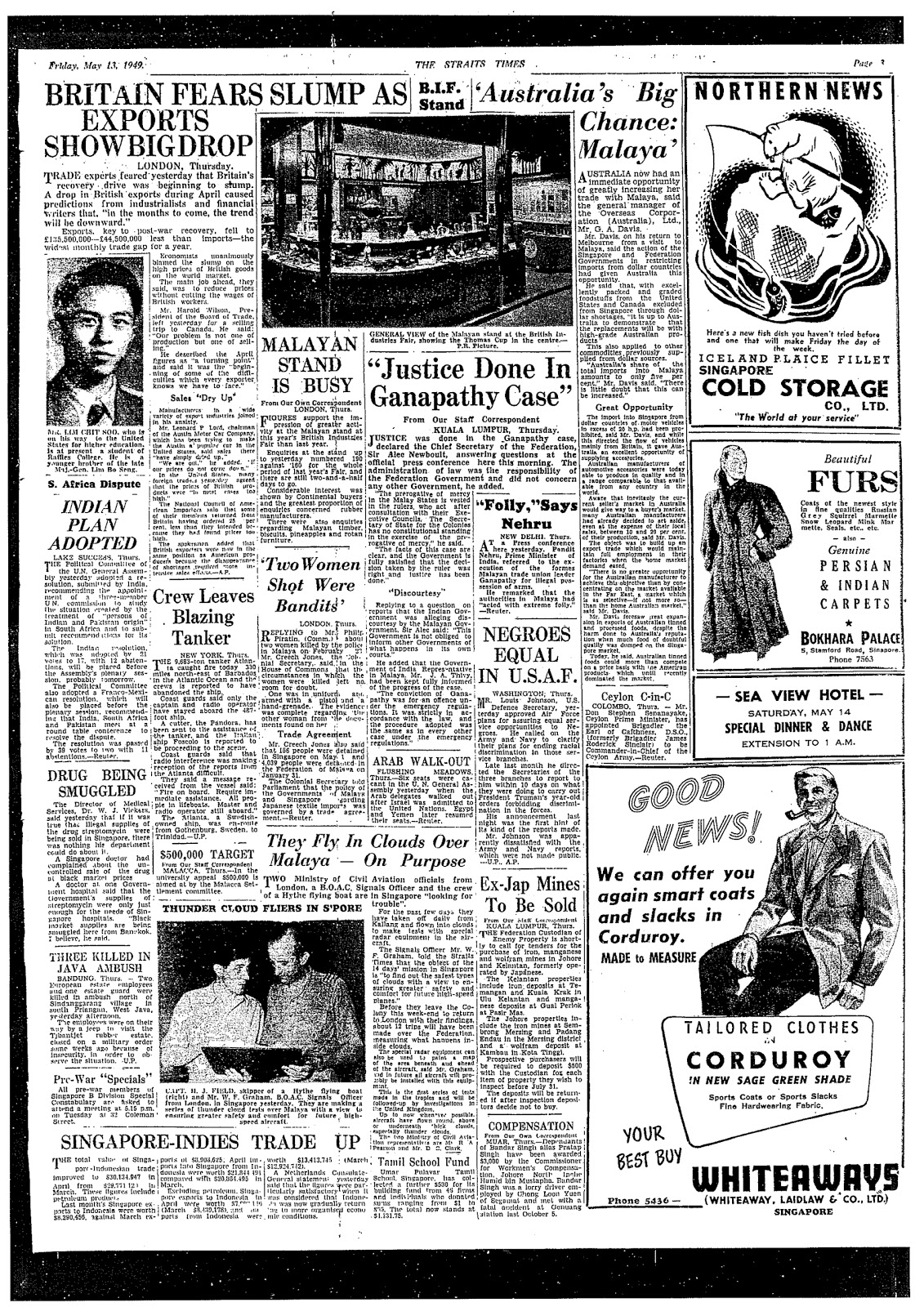 JUSTICE was done in Ganapathy case, declared the Chief Secretary of Federation, Alec Newboult, answering at the official press conference here this morning. The administration of law was the responsibility of the Federation Government and did not concern any other Government, he added.

“The facts of this case are clear and the Government is fully satisfied that the decision taken by the ruler was right and justice has been done.”

Replying to a question on reports that the Indian Government was alleging discourtesy by the Malayan Government, Sir Alec said: “This Government is not obliged to inform other Governments of what happens in its own courts.”

He added that the Government of Indian Representative in Malaya, Mr. J.A Thivy had been kept fully informed of the progress of the case.