The Saturday edition of The Straits Times dated May 7th, 1949 carried the frustration news by Indian High Commissioner to Britain V.K. Krishna Menon lodged a “vigorous protest to the British Government over the hanging in Malaya of Ganapathy”. It is clear here that Indian Government and their representative John Thivy (who was also the first President of MIC) were kept in the dark over the development in Ganapathy’s case.
Referring to accounts by Thivy John on Ganapathy admitted possessing a loaded revolver; this sounds a bit inconsistent with my findings. There are three reasons to this:

1. Account from Ganapathy’s brother S.A Sargunan on his brother denied of carrying any arms. This was informed by Ganapathy himself to his brother Sargunan when both brothers met in Pudu Prison a few days before execution.

2. Another account by Mr.Sudharman, who is currently living in Singapore, Commander of 7th Regiment of Malayan National Liberation Army (MNLA). According to V. Sudharman, a high profile CPM leader like Ganapathy does not need to carry weapon as bodyguards are assigned for his safety.

(According to Mr.Sudharman, there are four main leaders in Indian section of CPM taking care of main units of CPM's operation)
1. R.G Balan – Political unit
2. C.V Kuppusamy – Information and Propaganda Unit
3. S.A Ganapathy – Union Organisations and Movements Unit
4. Guru Devan – Intelligent Unit
(I have a video of interview with Mr.Sudharman and will be publishing it in the near future)
So, the next question is where were the bodyguards when Ganapathy was arrested at Waterfall Estate - 25 miles from Rawang on the 1st march 1949? Answer to this question is very much controversial at the moment, as I do not posses any evidence to this claim.

3. Ganapathy was believed to have been seeing his fiancé in the estate. This information was revealed to Mr.Kathaiah by a close contact of Ganapathy who actually provided food and shelter during his “underground” period. So, my question will be why a man needs to carry a weapon when meeting his loved ones, as this will put their lives in danger as well.

Another argument will be, if in case Ganapathy wish to surrender to the police, why he needed to carry weapons with him? Isn't it easier to just throw the revolver in the jungle and surrender with empty hands?

Looking into the circumstances of Ganapathy's arrest and the evidences against Ganapathy which were enormous; of his involvement in estate strikes all over the nation (When he has captured, there were six police personnel present to give evidence against Ganapathy), so my assumption will be John Thivy would have got Ganapathy to admit to the allegation and plead guilty.

Since there was a sufficient influence by Indian Government namely Nehru and VK Krishna Menon who regarded highly by British Government and leniency in Malayan Emergency Regulation calling for pardonship for those who surrendered, John Thivy would have taken all these into consideration and convinced that Ganapathy that admitting and pleading guilty to the arms possession charges would set him off the hook.

(All these can be wrong, I am just assuming here based on my findings) 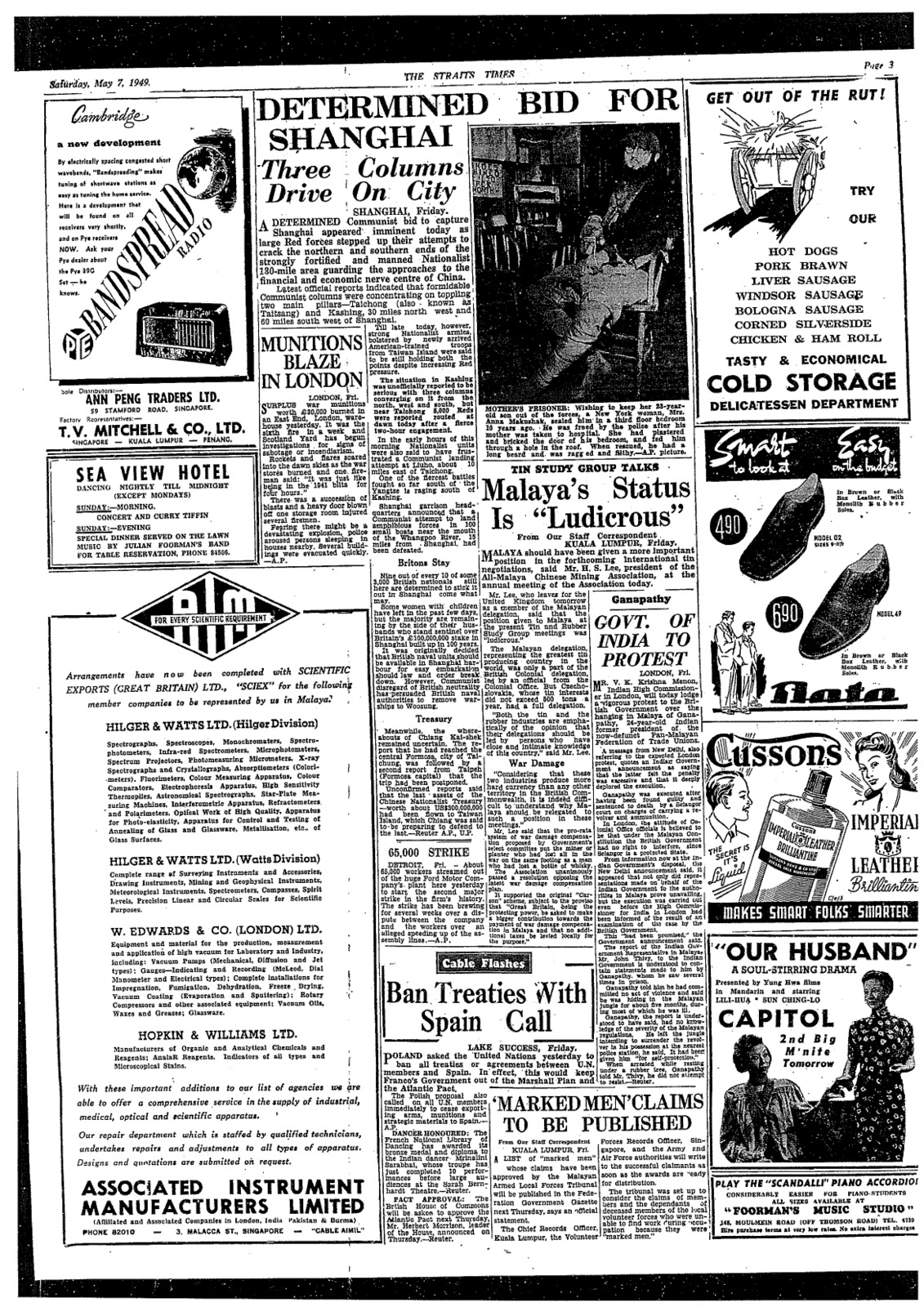 MR.V.K. Krishna Menon, Indian High Commissioner in London, will today lodge a ‘vigorous protest to the British Government over the hanging in Malaya of Ganapathy, 24-year-old Indian former president of the now-defunct Pan-Malayan Federation of Trade Unions.

A message from New Delhi, also referring to expected London protest, quotes as Indian Government announcement as saying that the latter felt the penalty was excessive that it deeply deplored the execution.
Ganapathy was executed after having been found guilty and sentenced to death by Selangor court on charges carrying a revolver and ammunition.


In London, the attitude of Colonial Office is believed to be that under the Malayan Constitution the British Government had no rights to interfere, since Selangor us a protected State.

From information now at the Indian Government’s disposal, the New Delhi announcement said, it appeared that not only did the representations made on behalf of the Indian Government to the authorities in Malaya prove unavailing, but the execution was carried out even before High Commissioner for Indian in London had been informed of the result of an examination of the case by the British Government.

Ganapathy told him he had committed no act of violence and said he was hiding in the Malayan jungle for about five months, during most of which he was ill.

Ganapathy, the report is understood to have said, had no knowledge of the severity of the Malayan regulations. He left the jungle intending to surrender the revolver in his possession at the nearest police station he said. It had been given him “for self-protection”
When arrested while resting under a rubber tree, Ganapathy told Mr. Thivy, he did not attempt to resist.
Posted by Saminathan Munisamy at July 20, 2012