British MPs Perturbed Over Consequences of Execution of Ganapathy

More lights being shed upon Ganapathy execution as Daily Indian Mail dated May, 7th, 1949 reported that the Indian Government was kept in dark over the development of the case.

It is stated that:

“But it appeared that Ganapathy was executed before the Indian High Commissioner in London was informed of the results of an examination of the case which the British Government had promised."

The keys to unveil this mystery are in the correspondence between John Thivy and V.K. Krishna Menon, which I believed still kept in archive in New Delhi.

But I am bit skeptical over Ganapathy's statement to Thivy. If Ganapathy decided to surrender, what is need to carry arms? He could have just dispose the revolver in the jungle. Why need to present himself with a weapon? 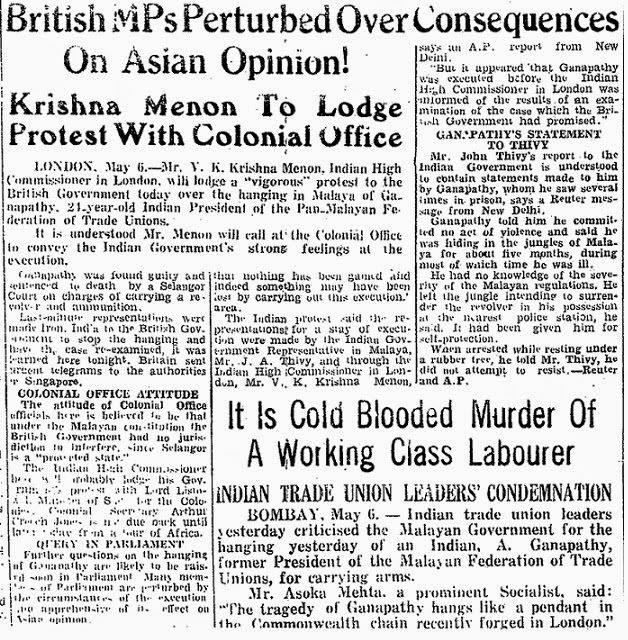 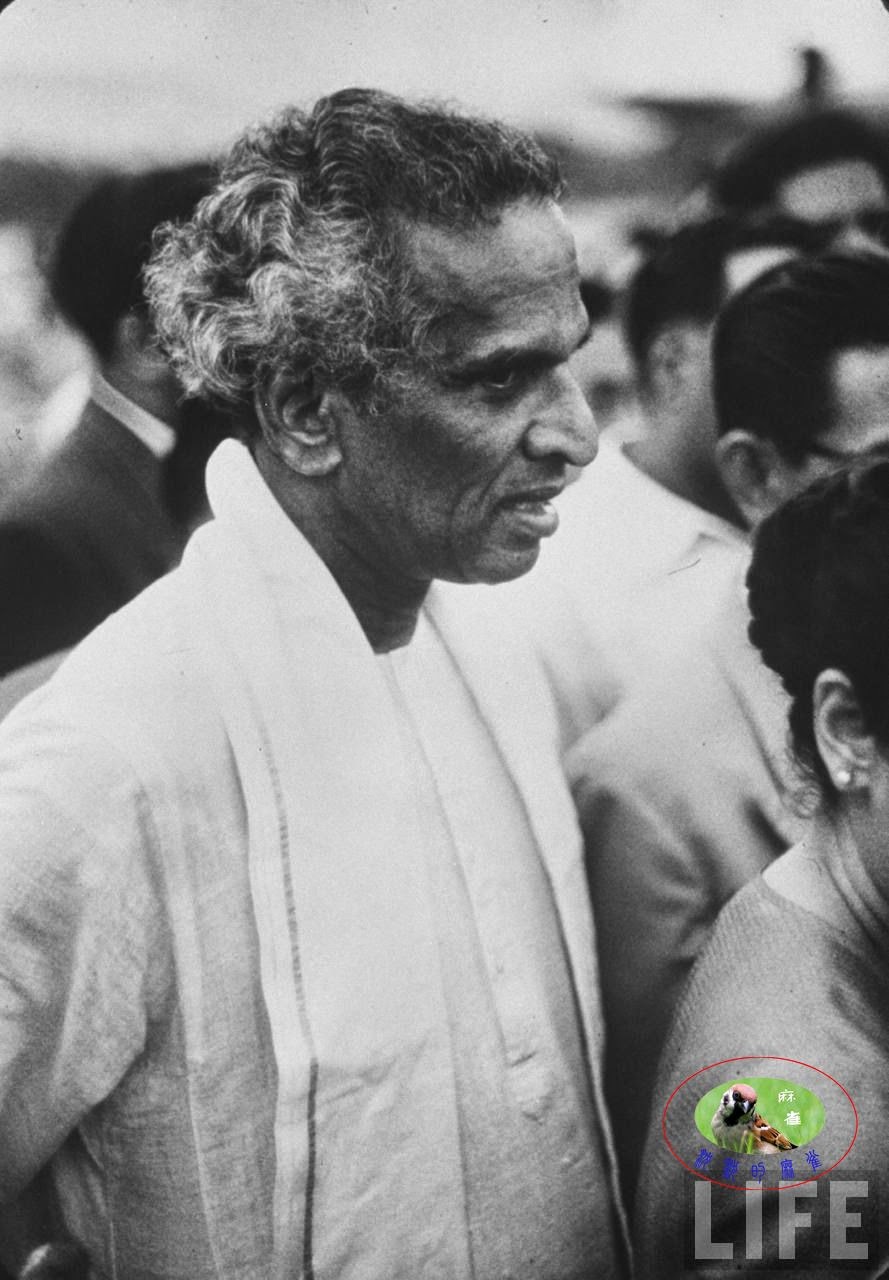 LONDON, May 6 – Mr.V.K Krishna Menon, Indian High Commissioner in London, will lodge a “vigorous” protest to the British Government today over the hanging in Malaya of Ganapathy, 21-year-old Indian President of the Pan-Malayan Federation of Trade Unions.

It is understood Mr. Menon will call at the Colonial Office to convey the Indian Government’s strong feelings at the execution.

Ganapathy was found guilty and sentenced to death by a Selangor Court on charged of carrying a revolver and ammunition.

Last minute presentation were made from India to the British Government to stop the hanging and have the case re-examined, it was learned here tonight, Britain send urgent telegram to the authorities in Singapore.

The attitude of the Colonial Office officials here is believed to be that under the Malayan constitution the British Government had no jurisdiction to intervene since Selangor is a “protected state.”

Further questions on the hanging of Ganapathy are likely to be raised in Parliament. Many members of Parliament are perturbed by the circumstances of the execution and apprehensive of its effect on the Asian opinion.

…that nothing has been gained and indeed something may have been lost by carrying out this execution area.

The Indian protest said the re-presentation for a stay of execution were made by the Indian Government Representative in Malaya, Mr J. A Thivy and Through the Indian High Commissioner in London, Mr.V.K Krishna Menon, says an A.P report from New Delhi.

Mr. John Thivy's report to the Indian Government is understood to contain statements made to him by Ganapathy, whom he saw several times in prison, says a Reuter message from New Delhi.

Ganapathy told him that he committed no act of violence and said he was hiding in the jungles of Malaya for about 5 months, during most of which time he was ill.

He had no knowledge of the severity of the Malayan regulations. He left the jungle intending to surrender the revolver in his possession at the nearest police station, he said. It had been given him for self-protection.

When arrested while resting under a rubber tree, he told Mr.Thivy, he did not attempt to resist - Reuter and A.P