There have been many speculations on how Ganapathy was influenced by communism and marxism. Many believed that a man named Gurudevan was Ganapathy's mentor. Gurudevan (according to Richard Corridon - ex- Special Branch officer in Singapore claimed that this was not his real name) was believed to be the Head of Intelligence Bureau of Indian Section in Malayan Communist Party . Not many people have seen him as he known for his skills in disguising. In one of the interviews with Singapore Oral History, Ahmad Khan, an ex officer with Special Branch, who was assigned to captured Gurudevan, described latter as a master of disguise and "top ranking communist". Ahmad Khan was a British spy working for Japanese Army and had a close relationship with S.A Ganapathy. Gurudevan was captured in Seremban before he was deported to India.

Remembering the event which lead to the capture of Gurudevan, by Richard Corrindon stated in his interviews, that the arrest of Gurudevan was a coincident as he was disguising as a temple priest. Being suspicious of the priest, Corrindon detained the priest for questioning without knowing who he was. When Ahmad Khan returned to the spot shocked to see Gurudevan was handcuffed and sat in a police car. Earlier, Ahmad Khan and some of his colleagues searched the house where Gurudevan was believed to live. But returned after finding nothing to the spot where Richard was waiting. 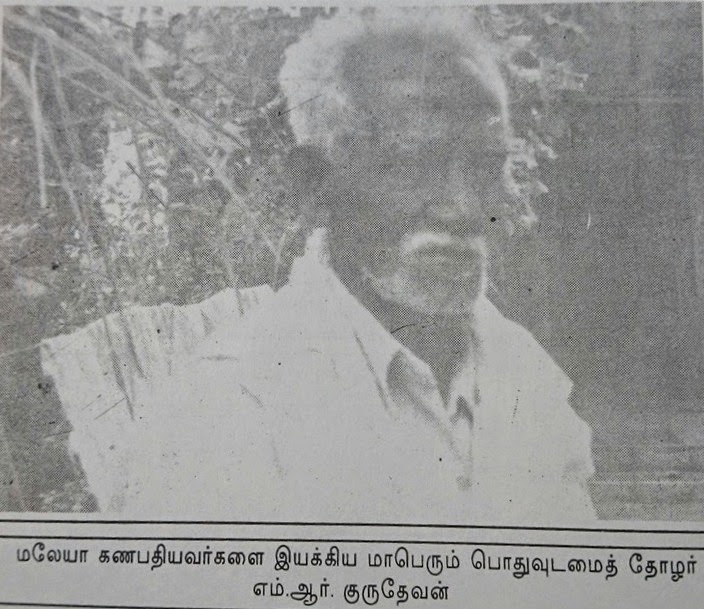 According to Khan, Gurudevan was believed to be very cautious and meticulous person. He was believed to run classes on Marxism to highly intellectual groups like John Eber and S.V Sharma. He was operating in a small room in a telephone company in Singapore and a small office-bearer with Telephone Company Employee Union.

Extracted from : Interview of Singapore Special Branch Superintendent Ahmad Khan (from National Archive Singapore)
Information on Guru Devan can be obtained from Singapore National Achieve – oral history – interviews with former Special Branch of Singapore Force – Ahmad Khan and Corrindon. Both these men were believed to bring down many unionists during the emergency and Operation Cold Store. They are highly regarded figures by British administration both in Malaya and UK


Extracted from : Interview of Singapore Special Branch Officer Richard Corridon on the capture of Guru Devan (from National Archive Singapore) 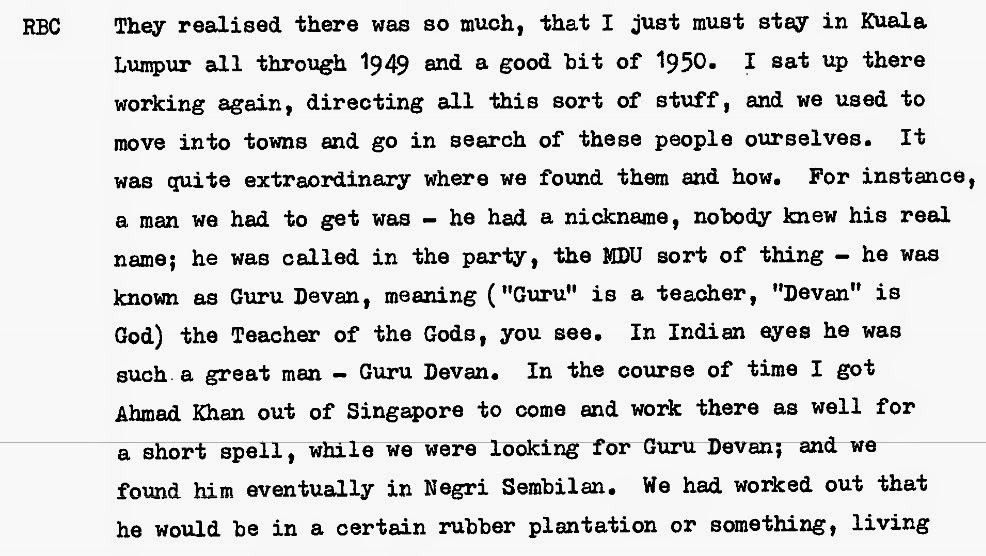 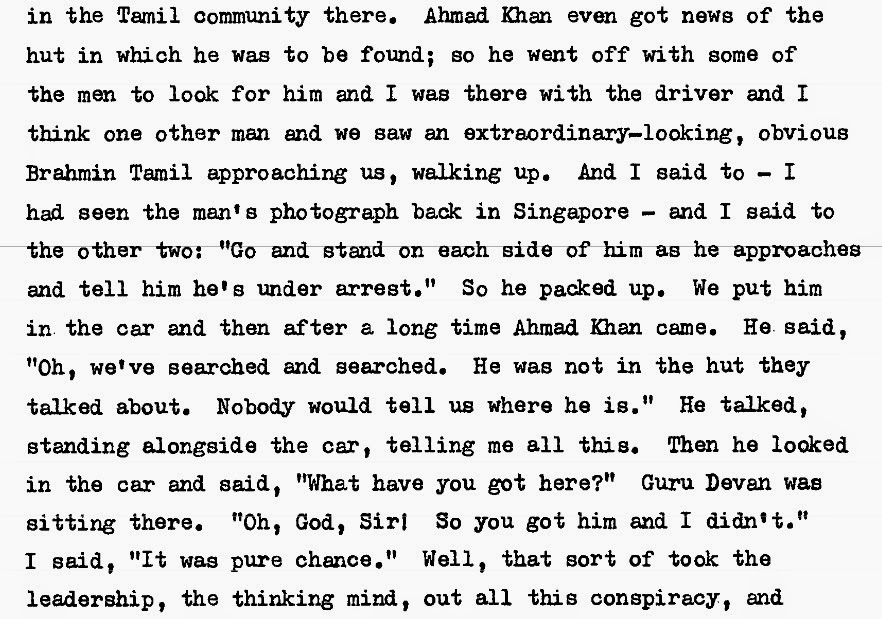 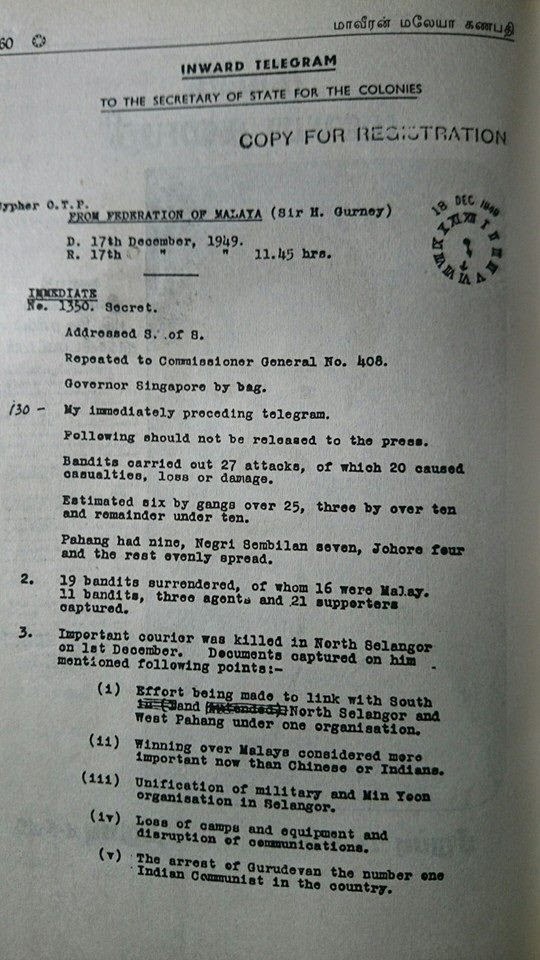