I received this precious newspaper cutting of The Malay Mail dated 17th February 1948, from a friend of mine, Janarthani Arumugam. The paper carried news of 2nd anniversary meeting of Pan Malayan Federation of Trade Union which was held at Lucky World in Singapore. Ganapathy, who spoke in the meeting denied ties with communist. Calling two Singapore edited English newspapers as “author of rumours”, for unnecessarily condemning that PMFTU as “communist influenced” in their editorials. 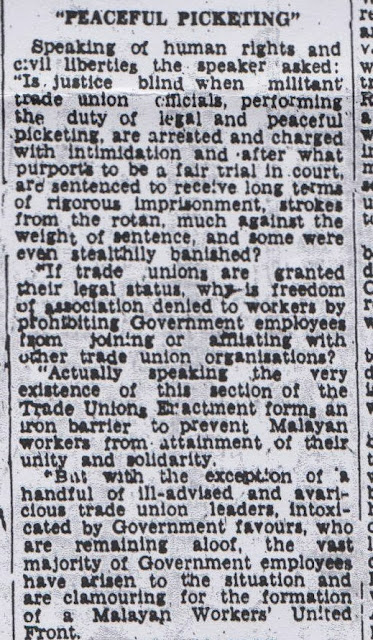 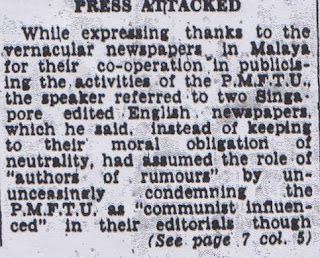 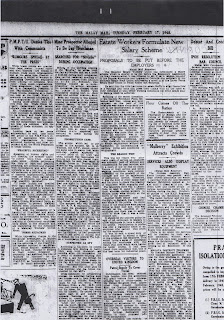 Note: Thank you Jana, for allowing the news to be posted here
Posted by Saminathan Munisamy at October 01, 2013