As I dwell further into Ganapathy and PMFTU to get a detail view in how many strikes did PMFTU was involved with since January 1946, one particular incident repeated all over pages of history.."the serious of Kedah Strikes" and the name A.M Samy.
I managed to get some details of the strike and interesting to know that A.M Samy aka A.Munusamy started a movement called "Thondar Padai" played vital role. Thondar Padai was a self-styled para-militia group formed by remnants of members of Indian National Army (INA) which functioned under Subhas Chandra Bose during World War II. Bose had definitely breathed in a new form of revolution among indentured Indian labourers in Malaya.
On 23rd August 1947, Singapore Press published the news of 26,000 estate workers to stage strike under Kedah Rubber Workers' Federation (a member union of PMFTU)

I will be writing further on A.M Samy in my future postings. 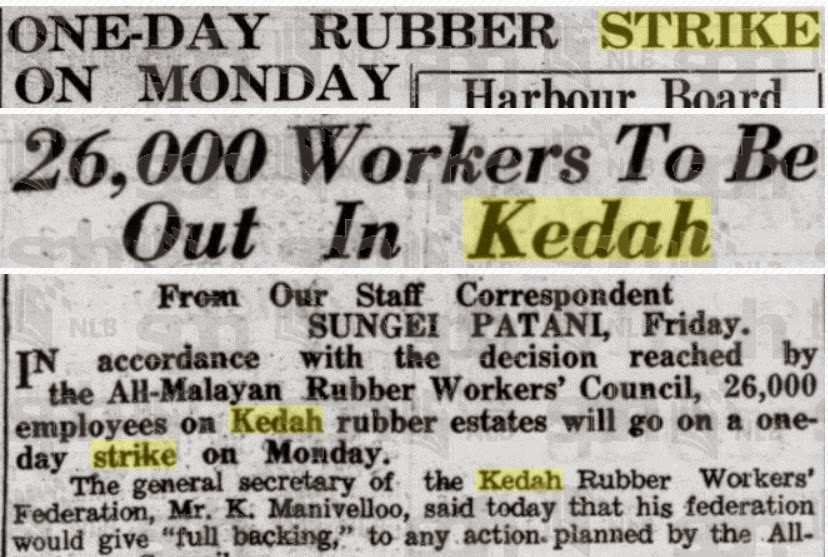 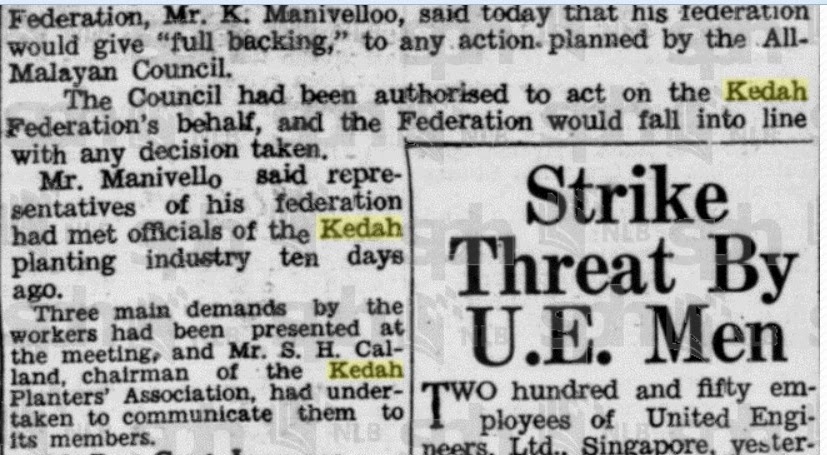 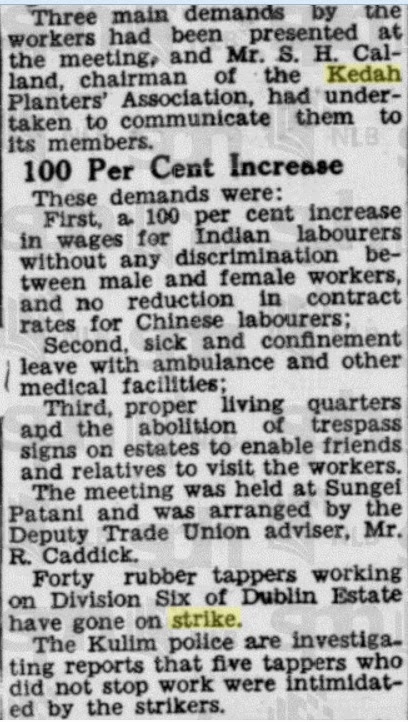